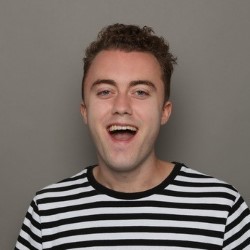 Tom Lucy bounded into the venue with his usual youthful energy. Tonight he almost retreated back out again! Tonight he is confronted by a sight that would make the most hard core experienced stand up run for the exit; a very loud, raucous and drunk hen party! Now The Attic at The Pleasance is not a large venue. Infact it is a very small venue with no where to hide. It would be fair to say that Tom had a very testing evening.

Spoil is a strong word but this particular bunch of young ladies did rather commandeer tonight’s proceedings but what doesn’t kill you makes you stronger, as they say. And Tom Lucy will be all the better for tonight’s experience and to be fair he handled it rather well for a twenty two year old stand up.

When he is allowed to deliver his act, he tells about his experience with dating Apps, his trip to Dubai and stressful gigs, ironically!

He also told a great story of when he was at primary school and his Dad, a soldier, was invited to come in to school and talk about what he did for a living. His Dad decided it was good idea to bring with him a machine gun. A real live proper machine gun in to a school. Well, obviously he was promptly wrestled to the ground, handcuffed and dragged from the premises by two armed police men who arrived at the school so fast the head teacher’s coffee cup had scarcely hit the floor!

Tom Lucy should take many pluses from this evening; he survived, and for that he should be very grateful! Don’t worry Tom your wit and charm will take you a very long way.
****
Reviewed by Margot
Pleasance Courtyard (The Attic) 20:15 until Aug 26th 2018 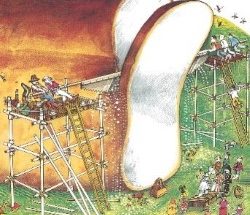 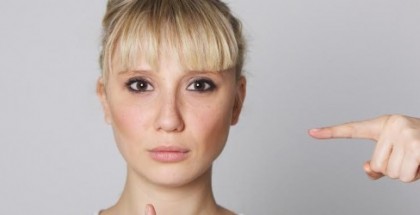