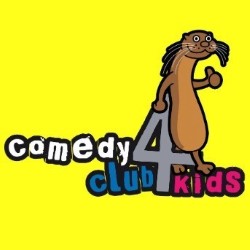 I did wonder prior to this show how stand-up comedy for kids would work. I’ve found that kids often find slapstick and tricks more entertaining than jokes. According to the Fringe guide, Comedy Club 4 Kids is a compilation of the best stand-ups and sketch acts for kids. Every show has a different line-up, and perhaps on the evening my seven-year-old and I saw the show we just got unlucky.
The host of the show was better than any of the three acts we saw. She tried her best to engage with the audience who, by the halfway point, were not an easy crowd to please. The first act we saw did some tricks that were pretty underwhelming and definitely not funny. The second act was a young comedian who I was rooting for but who failed to raise a laugh. The last act was marginally better but by that point we just wanted to go home.
All of the acts we saw are free to watch at the Laughing Horse venue which only adds frustration to those paying for this show. It also made the show feel like an advert for their individual performances.
Perhaps on a different night this would be a great show, but for us it was most definitely a miss.